If there is a word to describe Paul, it is passion. He has a passion for golf architecture, and this passion is evidenced by the golf designs he has created and the dedication he shows to the profession. Paul prides himself on being able to envision concepts and transform creative ideas into reality. Picking up the game of golf at age 5, Paul was a single digit handicapper by the time he was 13. More importantly, he was fascinated by the great courses he was exposed to in Northern New Jersey, most notably Somerset Hills C.C (A.W. Tillinghast), Baltusrol G.C. (A.W. Tillinghast) and Plainfield C.C. (Donald Ross). It was at this time that Paul thought being a golf course architect, creating classic venues around the world, would be a profession that has no equal. 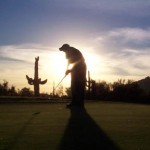 Paul was recruited by Cornell University to play on the golf team, and his senior year he was captain of the team. His golf team experience at Cornell allowed him to see many classic courses on the East Coast, including the famed Bethpage Black course, where the Ivy Leagues Championships are played every year. Also, Cornell’s home golf course, is Robert Trent Jones’ second ever course design, which had a great influence on Paul’s desire to pursue golf architecture. Paul received a Bachelor of Science from Cornell University’s engineering college, where he specified his studies in environmental and agricultural engineering.

By the time Paul finished up at Cornell, he knew he had the technical skills to create golf courses, but in order to create truly memorable golf spaces, he wanted to learn the creative side of design. So, he proceeded to Harvard University where he received a Masters in Landscape Architecture. During his tenure at Harvard, he crafted his design curriculum to focus specifically on golf course architecture. In his third year, he created an independent studio in golf architecture, and was advised by nationally recognized landscape architect George Hargreaves. Paul also received a prestigious Penny White grant for travel to Scotland to study the classic precedents in golf architecture. During that trip, he gained a true appreciation for the roots of golf architecture, as well as how the golf landscapes of Scotland function as vital components to their society.

Subsequent to his education, Paul headed to Lansing, Michigan as an associate designer with the prolific golf architect Matthews & Associates in Lansing, Michigan. His designs for Hunters Ridge and Timberstone (3 rd best upscale public course, Golf Digest, 1998) were widely praised and he jumped at the chance to start a new firm with a fellow colleague, building the company from a start-up enterprise to an internationally recognized, award winning firm. 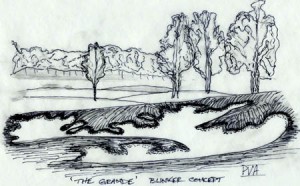 A bunker concept, from Paul Albanese

In addition to creating golf designs around the world, Paul is also the Director of Golf Course Architecture at the Edinburgh College of Art in Scotland. This prestigious position, and one of only two programs in the world, allows him to educate the future golf designers of the globe.

Paul is a member of the American Society of Golf Course Architects and he has qualified twice for the Michigan Amateur as an alternate.

Paul has lived and worked by a very simple philosophy – Exceed Expectations. All of his past clients have benefited from his design talent and leadership, and he looks forward to continuing the challenge of creating memorable golf spaces.

These New and Improved Golf Courses Embrace Their Natural Surroundings

Clubs across North America are increasingly concerned about their environmental impact

The new #6 hole at Saskatoon's SIlver Nine is growing in well. This new nine holes for the Howard family is going to be special ... See MoreSee Less

Saskatoon, so nice to have in our back yard.